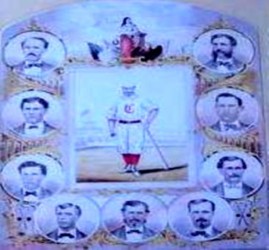 Bud Selig screws up another tradition.

Once upon a time, one cathedral was lit before all others, and it was in Cincinnati…the reward for the Reds being the very first franchise. Now because it’s not about the tradition but only about the broadcast contract, the advertising dollars and the marketability of the product (nee “sport”), the season opens with ESPN Sunday Night Baseball. How sick is it that on only four hours prior to the first official game of the season two other teams are playing an exhibition game? On the same day! Equally ridiculous is calling Sunday “Opening Night” and Monday “Opening Day”. Feh.

But yeah, I’ll watch. I’m an addict. And for all the coddled millionaires (A-Rod) who flock to cameras like moths (Schilling) or act like they are above reproach (Clemens) there are amazing new stars in the making (Lincecum) and great stories (Tampa Bay Rays).

But this isn’t a sports blog; I do that in the Houston Chronicle here and here. Yes, although born and raised and always residing in New York, I root for the former Rainbow Warriors – now the Blood and Mud – the Houston Astros. And in New York…no, that’s not easy to do. 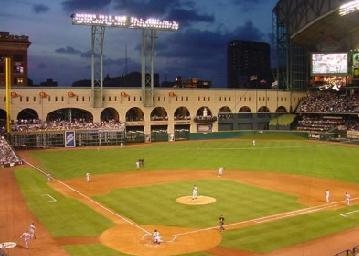 But baseball is wonderful. Follow your team’s season here and look up any stats you want here.  Play ball!

Filed under Features and Interviews