But before we get to the prognostication…and just to keep the teakettle whistling – here are the latest clips from the late night talk show hosts on the Tonight Show debacle, courtesy Gawker. Jimmy Kimmel bitch-slaps Jay Leno on his own show, and if you aren’t a Craig Ferguson fan after his clip…well, you might just be an NBC executive…

So here are ten guesses for who will win at Sunday’s award show. I’ve limited this group to films; I always wonder why they even vote on American television programming anyway.

The Globes are always a crapshoot, since the voters are the Hollywood Foreign Press Association who (1) may not have seen all of the nominees, (2) might not get the context of American humor and cultural references and (3) tend to vote for their favorite people – those who play the schmooze game – regardless of merit. But what the hell, it’s only internet money.

Tune in to NBC – if it’s still broadcasting – this Sunday night at 8:00pm EST to find out for yourself. (Even if you don’t care about the minor categories, watch or record the program; I wager that Ricky Gervais will make this an evening to remember). 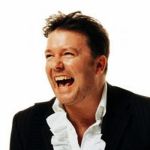 Best Motion Picture – Drama:  There’s a lot of George Clooney love right now, but as much as I liked Up In The Air I think it’s been a wee bit overrated and it won’t hold up. Even those who don’t normally like war films are praising The Hurt Locker and I think it will resonate here as well

Best Actress in a Motion Picture – Drama:  The HFPA loves Sandra Bullock. Lovvvvvvve her. And since this is being hailed as her “greatest performance” they are all but being directed to strike while the iron is hot. I thought she was great in Crash but she makes too many cheesey comedies (not that it stopped the HFPA for nominating her for that also).

Best Actor in a Motion Picture – Drama: Did I mention how they love George Clooney? Caution spoiler: Morgan Freeman did play Nelson Mandela…

Best Motion Picture – Comedy or Musical – This is a horrible category. Of the films, I liked the flawed The Hangover the best, but the all-star cast suggests It’s Compicated is probably more up their alley.

Best Actress in a Motion Picture – Comedy or Musical: This category tells you all you need to know about the HFPA – Bullock chewing the scenery, Julia Roberts automatic nod and two Meryl Streep roles. The only way Streep loses is if she splits her own votes, but since HFPA also loves people playing real characters, it’s Streep for Julia and Julia.

Best Actor in a Motion Picture – Comedy or Musical: That Sherlock Holmes is a comedy tells you a lot about why I hate the very concept of the movie, but not enough people appreciate that Joesph Gordon-Levitt is the best young actor in Hollywood and not enough people cared about The Informant. So I’ll wager it’s Robert Downey Jr.

Best Actress in a Supporting Role in a Motion Picture: As intense and worthy as Mo’Nique was in Precious, and as revered as Penelope Cruz is in general, I just have a gut feeling that Vera Farmiga will benefit from being in the most likeable film in the group. Not that she isn’t worthy – tough crowd here.

Best Actor in a Supporting Role in a Motion Picture – This is quite possibly the best group of nominees on the whole show (and they didn’t even nominate Christian McKay for Me and Orson Welles!) Any other year Stanley Tucci walks away with this for his chilling performance in The Lovely Bones, but Christoph Waltz probably gave a performence for the ages in Inglorious Basterds.

Best Director – Motion Picture – It makes no sense that someone could helm the Best Picture and not win as Best Director, but Avatar is a tidal wave and James Cameron gets rewarded for the sheer scope of the film.

Best Screenplay- Motion Picture – I think this is where the HFPA again gets to reward a feel-good picture (even though it was anything but feel-good) by Globing Jason Reitman and Sheldon Turner for Up in the Air.

The full slate of categories and nominees can be found here. I’ll post links to the results, along with my reactions, on Monday January 18th.