Another John and Paul 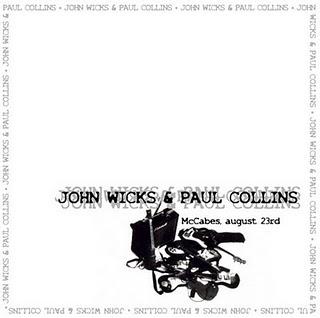 Not that John and Paul.

John Wicks and Paul Collins fronted two of the best power pop bands of their era in The Records and The Beat. Now, thirty years later, they’ve been hitting the stage together from clubs to theatres to living rooms bringing the gospel of pop to the masses.

Wicks and Collins have continued to record since their heyday and between them they represent a traveling encyclopedia of classic hits. “All Over The World”, “Hearts in Her Eyes”, “Rock and Roll Girl”, “Walking Out On Love”, “Starry Eyes”, “Don’t Wait Up For Me”, “Teenarama”, “Different Kind of Girl”…the list goes on and on. Both men had success with prior bands (Wicks with a short tenure in Kursaal Flyers and Collins with The Nerves) but in the late 70s they both found greater success by creating music that echoed The Beatles, The Raspberries, Badfinger and The Byrds.

Now for a special treat – a recent live performance is available through two of their biggest proponents on the Internet. Power Pop Overdose and Power Pop Criminals (or as I prefer to call them, PPO and PPC) are sharing the hosting duties for this great recording, Live At McCabe’s from August 23rd, 2009. It’s a free download authorized by the artists, people!

And if that’s not enough to get your skinny tie out of the closet, did I mention that Peter Case joins in?

Hopefully many of you got the chance to see them live during their Living Room Tour last year. If not, this is one hell of a consolation prize. Kudos to Curty and Angelo  for providing the links and artwork and to John and Paul for generously making this recording available through them.

Even better news – there’s a 2010 House Concert Tour being planned. Check out their website for details. 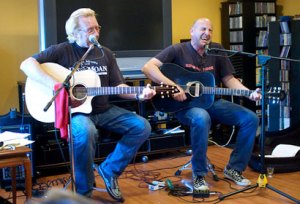 The Kids Are The Same