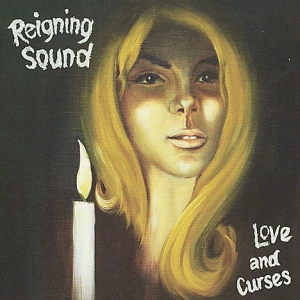 On this day of gooey lovey-dovey Keep-Hallmark-Cards-afloat palpitations, allow me to remind you that sentiment and passion is not always a positive thing. Sometimes love can be gut-wrenching and soul-sapping and unrequited and dark. And no one – no one– captures the spirit of desperation and bitter loneliness in song better than Greg Cartwright.

And as good as his recorded canon is (including solo efforts and his work with bands including The Oblivians and The Compulsive Gamblers) his live performances are stunning. Onstage there’s not a single moment when he does not wholeheartedly inhabit these characters and songs and – as the classic adage says – let it bleed.

Time Bomb High School has long been my favorite Reigning Sound album; I consider it almost a perfect record. I truly believe that Love And Curses can proudly stand alongside it:

Like prior Reigning Sound albums, Cartwright offers a strong theme and excellent sequencing to make a powerful statement that flows with dynamic appeal. Despite the aroma of desperation, unrequited love, and loneliness in the lyrics, there’s an infectious magnetism to a man who can bare his soul so completely in his music. Cartwright is a happily married man with a family, but he’s able to dip into some dark places and channel the angst and pain of a tortured soul with amazing clarity.

He’s willingly haunted, like the man in the horror movie who is warned not to go in the basement but clutches a lit match in shaky hands and starts the descent anyway. The album was recorded over time in two studios but has the immediacy of a group documenting a feverish all-nighter, and the balance of hard rock and desperate shuffles is flawless.

Read my full review of 2009’s best album at PopMatters.

Check out some samples here.