Under The Radar: The Donkeys 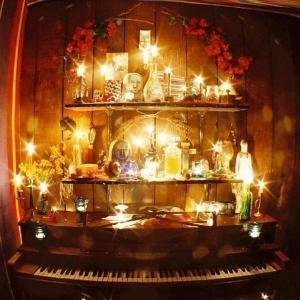 There are just too many records to sift through.

As a result, I sometimes miss a follow-up to an album that I really liked, even though I spend a while keeping my eyes peeled for their next one. But many times there is no next one, or the stars don’t align and I miss out on it when it drops. In a perfect world I will run across it again eventually thanks to my habitual late-night web browsing, but those gaps are getting longer and longer as time goes on.

So that’s my long-winded way of telling you that The Donkeys released Living On The Other Side in 2008, and I only realized that today. So while I’m off to get that one, let me pimp you on their self-titled effort from 2006, because there’s a chance that you might not have heard either one. And I can vouch that at least one of them is a real gem.

I almost don’t know where to start in describing the collective sound. A pinch of Wilco, a dash of Beachwood Sparks, a whisper of the first Rod Stewart album but only if played in Gram Parsons’ living room on a Sunday morning. The Donkeys, as unassuming as their moniker, quietly serve up a gumbo of bottleneck country blues, sun-drenched folk and pensive basement soul that is solidly entertaining and occasionally mesmerizing.

Four musicians from San Diego who blend perfectly; percussion that never overplays, solid bass that yangs the drummer’s yin, guitar lines that fuzz, shine and shimmer, and what can only be described as impeccable choices from the keyboard player. Beyond the sounds, unusual, challenging and dark lyrics hover, adding an ever deeper dimension.

The oddball waltz of “Paisley Patterns” might be too off-putting for some (especially with the droning lyric of “All my friends are dead” haunting the melody) but just about everything else here is pure ear-worm material. “Try To Get By” is a two-minute arm-wresting match between Bob Dylan and Neil Young. “Black Cat” is The Band reincarnated as Built To Spill. “No Need For Oxygen” is six minutes of aural beauty juxtaposed with somber lyrics, but it could have gone on six more without a complaint.

This album could be the soundtrack of your Saturday night depression, your Sunday morning sunrise coffee, or your silent road trip home after “that” weekend…your dwindling cigarette pack on the passenger seat and your life in the balance. It sounds like a cop-out when you describe a record as sounding “organic”, but when ninety percent of what comes out of your speakers is too easily categorized, records that percolate their own energy deserve a bright floodlight. Go find this wonderful record and immerse yourself.

The Donkeys on MySpace