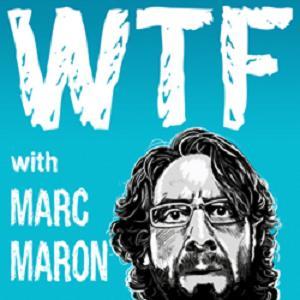 Congratulations to Marc Maron – tomorrow will mark the one hundredth episode of his brilliant WTF podcast. Since September 2009, like clockwork, these hours of self-analysis, penetrating interviews and social observation keep popping out twice a week like gold.

And Maron, beyond being incredibly funny in his own right, has proven to be an incisive interviewer who is unafraid to broach sensitive topics (and yes, sometimes with a personal edge). Some of my favorites included a frank discussion of race with Chicago comic Dwayne Kennedy and some gutsy exchanges with two popular but controversial comedians accused of joke thievery (Dane Cook and Carlos Mencia). 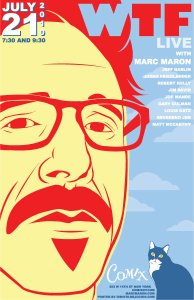 Although many are recorded in his garage studio, Maron has taken WTF on the road and has even filmed a pilot for that will hopefully be picked up as a series. Not only will it bring in some welcome funding, but the show and its brilliant guests will get much-needed exposure to the vast majority of people who don’t even know the show exists, let alone where to find it. Surely there has to be room in the vast cable landscape for intelligent discourse?

For now, I’m just thankful that Maron, Bill Burr, Kevin Pollack and so many others have adopted the format and put this out there for free. With literally hundreds of hours of these shows available, there will never be another boring car ride. Ever. 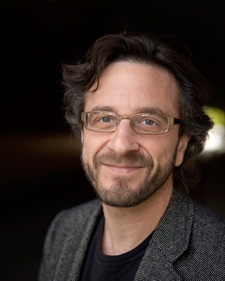