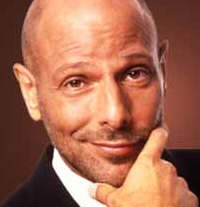 Another great one left us far too soon.

I couldn’t believe the news when I heard it; I had been travelling and hadn’t even known he was in the accident the week before. The first time I checked in to see what was up on the news, there it was. I knew I wanted to write something about his passing but I needed time to collect my thoughts. Like most sudden shocks, I think a part of me was hoping that it was just a bad dream.

Talk about irony – one of the funniest routines on Robert Schimmel’s first album was about his daughter cracking up her car (and his solution for how to pay the bill let you know immediately which side of the PC fence Bob was sitting). Now, tragically, Robert died not from the cancer he had suffered from, but from injuries suffered in an automobile accident, his daughter behind the wheel. Maybe God has a twisted sense of humor after all.

I think those of us who followed his career figured that he was bulletproof by now. Diagnosed with cancer, Schimmel not only fought back but made lemons out of lemonade, using his personal tragedies as the source of brilliant material in both his stand-up act and his book Cancer On Five Dollars A Day.

My good friend Bill and I have long enjoyed turning each other on to new comics we come across, and when Schimmel hit the radar it was Bill who was on board first. As always, he was on the horn to me as quickly as possible with his stamp of approval, an imprimatur that I consider gold. And he was spot on – one listen to Comes Clean and I was sold for life. Here was a guy who suffered no fools, especially himself, and made no bones about the fact that we all engaged in some strange and stupid behavior on a daily basis. 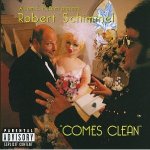 Most great comics suffer pain, and Schimmel had anything but an easy life – divorce, heart attack, cancer, cirrhosis, hepatitis C infection – even the death of his young son. But nothing was safe when it came to his material, and to be able to knock back those challenges with humor is almost superhuman.

Schimmel was uncompromising – sexual, sarcastic humor flowed out of him so naturally that even some who would normally be offended by such topics and language would have to laugh. Like all great comics, he spoke truth – exaggerated truth, sure, but his material rang clear and genuine. If you’re going to do edgy stand-up, you need to see life through a different prism than most everyone else. Why would we waste time listening to someone who can’t?

Video: The All Girls School 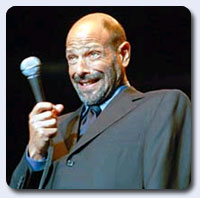 Rodney Dangerfield gave him an early break – as he did for so many up and comers – but thanks to the tone and content of Bob’s act, network television was not in the cards. He was a huge success on pay cable and uncensored radio, but watching this guy work a room was the only way to truly appreciate him.

Naturally the cancer treatment affected his performance; his voice was a bit weaker and his stamina and energy had clearly waned. But his mind was as sharp as ever, and he learned to shift down a gear to still dazzle with great inflections and impeccable timing.  Sixty wasn’t an age, it was a speed.

I know people die every day, we all lose them, it happens every year and as one gets older the list of those gone by gets staggering. But that doesn’t make it easy. I was shook when he was diagnosed, but I got to see him perform and speak with him briefly not long afterwards and he had the same manic glint in his eye as before. Seeing that recharged me, and frankly I believed that he had kicked cancer’s ass…or at least scared it away for a little while.

Now I’m remembering the countless times I have all but done a spit-take listening to his routines. I’m thinking about the time I saw him play a small club and gradually win over an audience who had no idea what they were in for when he first took the stage. I’m thankful that I have so much of his work available to pull out and watch and listen to whenever I want. And I’ll always remember that look in his eye after that last show.

I’m sad. I’m pissed. But I feel blessed that I was here to see him first-hand and enjoy his masterful work. R.I.P.,  Bob. 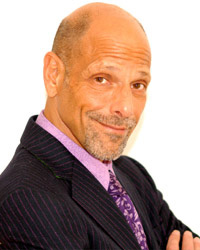