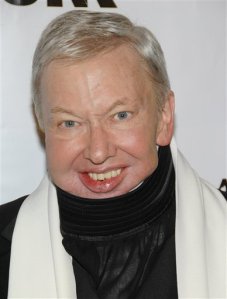 Roger Ebert is reviving At The Movies!

From an article in Friday’s edition of The New York Times:

The balcony has reopened. Less than a month after the final episode of At the Movies, the long-running film criticism show, was broadcast, Roger Ebert said he would bring back a version of the series that will be shown on public television next year. In an announcement on his blog at the Web site of The Chicago Sun-Times, Mr. Ebert said the new series, called “Roger Ebert Presents At the Movies,” would start in January and will have as its hosts Christy Lemire, film critic of The Associated Press, and Elvis Mitchell of NPR and a former film critic for The New York Times. In a statement, Mr. Ebert said the revival of the series was “the rebirth of a dream.” Mr. Ebert, who lost his lower jaw to throat cancer, said he would appear in segments on the new At the Movies using a computerized voice but would not debate his co-hosts.

This is great news for those of us who have grown up enjoying the various editions of the classic program where two film critics discussed film, usually in an intelligent and thought-provoking manner. Besides promoting the radical ideas of thinking and expressing ideas and opinions, the show was an oasis in an ocean of bad entertainment television more often in search of a sound bite and a celebrity kiss-up than an actual critical review.

Sadly, I don’t see the name of Richard Roeper in that press release. Ebert and Roeper had discussed starting their own program when they were unceremonially pushed aside for a newer, hipper version of the show…a colossal mistake which lasted less than a season and went down in flames like a gasoline-soaked lawn dart.

But as always, go to Roger Ebert’s Journal for the facts…and some of the most entertaining and intelligent conversation on the web.