Under The Radar: Dwight Twilley 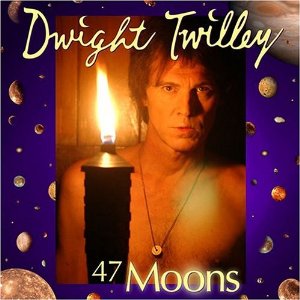 In closing yesterday’s post about Dwight Twilley’s Kickstarter campaign for Green Blimp, I stated that despite the indifference of pop radio and the music industry in general, for veteran artists with a core following, every new album is another chance.

That led me to look back to what I wrote when Dwight’s last album of new material, 47 Moons, was released in 2005. Sure enough, I had the same tempered enthusiasm and cockeyed optimism. But I openly questioned the marketing and distribution plan for that album…and apparently rightfully so.

This time around, Twilley seems committed to a more conventional promotional campaign including radio station visits and shows in key markets (in addition to his viral online strategy). Hell, I don’t care what it takes – I just hope people get the opportunity to discover the album is out there and then listen to his music. Let the chips fall where they may at that point, which is all that an artist can really ask for.

I’ve been waiting years and several releases to be able to utter these words: DWIGHT TWILLEY IS BACK! I’ve enjoyed the past few collections and reissues and even the newer material, but somehow it was all a little bit lacking. Not anymore.

Twilley has long since abandoned the three-minute pop formula he used to dazzle us with. Songs now drift into the fifth minute with regularity, and the title track clocks in at close to seven. It’s as if he’s realized that the current radio sandbox doesn’t have room for him anyway, so why bother? Instead, he seems to have put his industry bitterness to the side and focused upon making some music from his heart. Great move Dwight: almost as good as making certain Bill Pitcock IV is a central part of the effort.

The results may not knock you out on a quick listen: there’s no “I’m On Fire” to be had here – but spin this two or three times and you cannot help but be won over. It’s not a perfect record; “To Wait Is To Waste” is bloated at six minutes long, an idea that never gets off the ground. And those in search of more electrifying material might want to skip through the midtempo “King Of The Mountain” or the synthetic “Chandra.” However, “Ice Captain” and the beautiful title track prove he can shine in that pace as well. Add five standout tracks that will captivate any classic Twilley fan – “Chance Of A Lifetime,” “Walkin’ On Water,” “Runaway With You,” “Better Watch Out” and the infectious “Jackie Naked In The Window” – and you can see why this record is destined for my Best of 2005 list next December.

Dwight Twilley has always had one of the great pop voices, and his harmonies with Phil Seymour still send chills up my spine. But even in the old days he could stack his own vocals with great results, and it’s great to hear him singing with passion again. And three cheers for Bill Pitcock, the little-known guitar whiz who added so much charm and texture to the classic Twilley catalogue. He’s in classic form bouncing notes off Twilley’s rockabilly-hiccup vocals in “Flippin” or playfully ripping off his own licks in “Runaway With You.” Still inventive on guitar and bass, still criminally unknown.

The real mystery to 47 Moons is the marketing and distribution. Digital Musicworks is a label dedicated to “distributing and promoting artists’ music exclusively through digital music stores.” That’s a nice credo, but an unproven business model for legacy artists who have a wider and older fanbase. Sure, there are those who will be happy to buy a track or even the album in a digital download format. But cutting out the physical market when the digital age is embryonic is a major, major mistake. And if you are, then why is it available as a standard CD on Amazon?

And if Amazon can sell it, why is it not yet available at online retailers like Not Lame who have supported his past efforts and cater to his audience, let alone independent record stores where his fans would likely shop? What kind of “promoting” and “distribution” is that? I had to scrounge to find a copy of the record and only knew about it because I periodically do a web-search for information about Twilley. I was also surprised to find a Christmas EP. If I’m struggling as a proactive fan, what about the casual audience who needs to be alerted? You’re a label with one of the brightest lights in power-pop history in your hands and you’re not making a big deal out of his new album?

This reminds me of a horror story from the past. Dwight Twilley’s career missed capitalizing on a meteoric start when his label (Shelter) couldn’t get Sincerely into stores despite massive airplay for the single (“I’m On Fire”) and a strong promotional buzz across the media landscape. By the time they finally did connect with the buying public, it was too late – the momentum was gone and so were the sales and dollars. I sure hope DMI isn’t about to make history repeat with the same colossal blunder.

Listen to clips of 47 Moons at Amazon