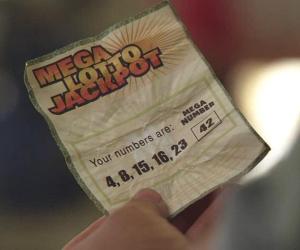 Thousands of people still play the “cursed numbers” from the TV show Lost on a regular basis. On the show, Hugo Reyes – Hurley to you and I – was obsessed with the numbers  4, 8, 15, 16, 23 and 42, having learned them from another inmate in the asylum he spent some time in. The numbers played a pivotal role in the show’s plot, including Hurley winning the lottery when all six numbers came up. Of course, Hurley’s win was followed by a continuous string of bad luck, bringing loss, death and destruction to him and those around him.

Jorge Garcia, the actor who played Hurley, has been bombarded by reporters. His girlfriend’s tweet is priceless:  “A tabloid news show just showed up at our FRONT DOOR hoping to get an intvw with Jorge about last night’s lotto #s. Is this really our life?”

That part of the story is fun.

But didn’t a thousand birds just fall from the sky…twice? And hundreds of dead fish washed up on shore? And now thousands of dead crabs in England?

To paraphrase another classic TV series, “Let’s be careful out there“… 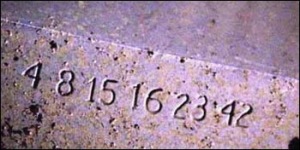