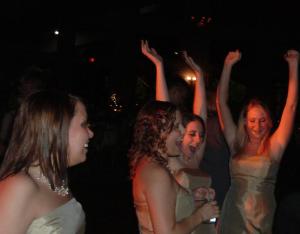 You’ve seen the Top Ten for 2010, and the full list is still being whipped into shape, but there’s no harm tipping the cap to ten more albums that didn’t make the top of the list but were great purchases during the year. Some finished high on other lists – including one that straddled the top on many of them – while others can claim a handful of people like me in their fan club.

Huge followings don’t affect my barometer, nor does a lack of a visible fanbase make me think less of the artist. I like what I like; there’s no such thing as a guilty pleasure. Guilty pleasures are for cowards.

So here, in no particular order, are Ten More Bridesmaids to check out. Hopefully a few of these are already spinning repeatedly at your place too.

01) Manic Street Preachers – Postcards From A Young Man. Some say they went commercial with their tenth album; I say they have one of their most irresistible collections of songs in years. Why are they not huge in the US?

02) Paul Collins – King of Power Pop. Maybe a slew of living room concerts inspired him to revisit his more energetic power pop side, and revisit his Beat days. The Flamin’ Groovies and Box Tops covers are icing on the pop cake.

03) Dwight Twilley – Green Blimp. The Man of A Thousand Comebacks makes yet another one, but Green Blimp is very much a return to form. You can almost hear him ripping himself off on these tracks, but in-house sampling is fine when it’s this good.

04) The Parting Gifts – Strychnine Dandelions. Greg Cartwright from Reigning Sound collaborating with Coco Hames of The Ettes, and I would have bounced it higher if Greg sang everything. Great guests including Dave Amels and Dan Auerbach, and the songs are stellar – of course.

05) Arcade Fire – The Suburbs. I like this album quite a bit, but not with the overwhelming fawning that it is getting across the board; I suspect it will finish atop this year’s Village Voice Poll (nah, they’ll cop out for Kanye West…). More of a consistent album than usual and it is growing on me.

06) Jason and the Scorchers – Halcyon Times. Dare I say it? The Scorchers are back. New rhythm section, but Jason Ringenberg sounds young and refreshed, and Warner Hodges is once again a guitar slinger to be bowed down to. Your move, Del Lords!.

07) Stereophonics – Keep Calm And Carry On. Another band that inexplicably doesn’t find success in America, and I’m dumfounded. Kelly Jones and crew just keep getting better and better; maybe one day we’ll catch up with the rest of the globe?

08) Locksley – Be In Love. Maybe it’s the reputation as a band for teens? Their second album is a big leap forward, stuffed with energetic, bouncy, dance-worthy pop songs and great vocals. Remember – no guilty pleasures!

09) Marah – Life Is A Problem. The sound of a band falling apart and being glued back together at the same time. Organic, loopy, rough, heartfelt, strange and exciting, it’s by turns depressing and magical; listening to it is like eavesdropping. I see light at the end of this tunnel.

10) Pernice Brothers – Goodbye Killer. Really, have these guys ever made anything less than a compelling album? Joe Pernice has to be one of the most under-appreciated songwriters around; here his gems echo everything from 60’s singles to late 20th century indie angst. Meant to be listened to cover to cover. 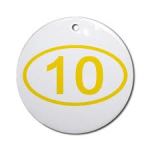