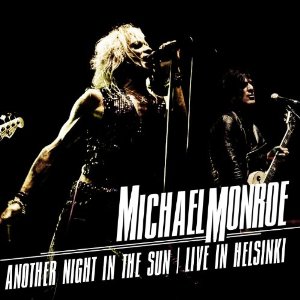 If you like glam rock, you already know that singer Michael Monroe has A-list credentials. And when it comes to powering such a band, it doesn’t get much better than a band featuring Sami Yaffa on bass and both Ginger and Steve Conte on guitar. And while even I had to look up a guy called Karl Rockfist – because that’s just too great a last name for a drummer – I soon realized it was actually Karl Rosqvist, skin pounder for The Chelsea Smiles.

So if you think you’d like a band that combines Hanoi Rocks, The Dictators, The Wildhearts, The New York Dolls and The Sex Pistols, this one’s for you. and while the first album, the Jack Douglas produced Sensory Overdrive, isn’t out yet…Another Night In The Sun (Live In Helsinki) is. A combination of old favorites and covers, it kicks ass from the first note and proves that the band is as tight as it is talented. That might mean no Wildhearts or Dolls shows for a while, but I think we’ll survive. 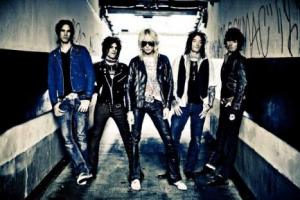 We're coming to your town, we're gonna party it down