Under The Radar: Tommy Womack 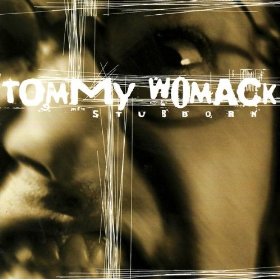 It’s about this time every year that I post something about Tommy Womack, and damn it, I’m going to keep doing it every year until people wise up and recognize this great American treasure. Forgive me if you are already on board, but if you are, please link this to one friend tonight.

The review I’m reposting below will celebrate its twelfth birthday on Thursday, and you’ll see that even then I’m referring to “faithful Consumable readers” just like I occasionally now defer to “regular Prescriptioneers”. In other words, I’m a loyal drum beater if you have a drum worth beating. Tommy Womack did then, and still does.

So go listen to his new efforts with Will Kimbrough in Daddy, by all means. But don’t forget Tommy’s excellent solo albums and other projects. People with talent and a wicked sense of humor deserve our attention and support. In a perfect world, there would be a double bill of Tommy Womack and Todd Snider playing your town and mine.

Faithful Consumable readers will remember my “how the Hell did I miss this” review of Tommy Womack’s last record Positively Na Na; I was overjoyed to stumble across one of the most uncompromisingly original songwriters currently competing for our ears. Womack’s back with a new record, and I’m back to tell you to get your ass to the store now, because he’s at it again.

Who else could open a record by sandwiching a rollicking double-time swamp blues song between a snippet of psychotic poetry and a thirty-second faux-folk song called “Christian Rocker?” But when he gets down to business, it’s incredible songs like “The Urge To Call,” where his sharp storytelling is matched sonically by an infectious combination of organ and dobro. Or the searing slide guitar, sword fighting with Womack’s emotive vocal on “I Don’t Have A Gun” (“I’m so glad I don’t have a gun/on a night like this/I’d use one…”). In a better world, a song like “She Likes To Talk” would be a hit single. And give the man bonus points for covering a Kinks song, and “Berkeley Mews” at that.

Lyrics aside, Tommy Womack flat out rocks. “Telling You What You Want To Hear” builds from the ground up like the bastard son of “Honky Tonk Women” that it is (right down to the cowbell). The all-star stable of players is once again all over this record, featuring killer guitarists like George Bradfute and Dan Baird and especially fellow Bis-Quits axeman Will Kimbrough. Not that Womack is a slouch (his slide playing is incredible!), but Kimbrough plays some of the filthiest lead guitar solos I have ever heard, and his work on “Dreams And Golden Rivers” is top shelf stuff.

Womack’s way with words extends beyond songs. His novel about life in the rock and roll trenches (“Cheese Chronicles“) is an underground classic, and according to his website, he’s hard at work on the follow-up, “Jesus Has Left The Building.” Nashville has a rep for wearing down willing talent and molding it into cookie-cutter Hat Music, but Tommy Womack just continues to sit at the bar, too cool to even bother flipping the bird.

It’s time you pull up a stool and join his army.

Who's your Daddy? Will and Tommy are...