The Ballad Of Mott The Hoople 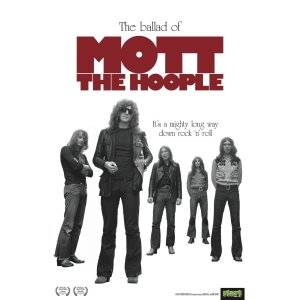 Times like this it pays to be British – or at least have a region-free DVD player!

The long-awaited DVD release of The Ballad Of Mott The Hoople is finally upon us – October in the UK (followed by a November US release). Much like with the Bill Hicks documentary, I’m not waiting.

Video: Trailer for the film

The feature-length documentary also features Mick Jones of The Clash (who cites Mott as a huge influence) and Roger Taylor of Queen (Queen opened for Mott during their famous Broadway residency). It tells the story of the band from beginning up to the original implosion, plus includes the bittersweet coda of the 2009 Hammersmith Apollo reunion gigs.

Amazon UK has it here.