Doug Stanhope is My Hero 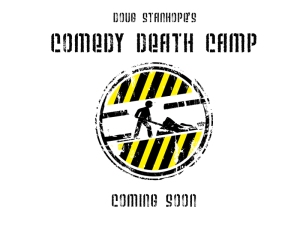 Prescriptioneers are well aware of the high regard in which I hold Doug Stanhope and his fearless comedic career; I believe that he, Louis C.K. and Marc Maron are the three best stand-ups on the planet at the moment. Doug takes no prisoners, and that doesn’t just extend to the hecklers in the crowd.

His latest newsletter tackles those who profiteer by “teaching comedy”.

I’ve previously been involved in some healthy discussion of the Comedy Boot Camp announcement at the AST website, where the initial comments turned into a roll-up-those-sleeves debate involving the relatively known proprietor of the camp, his not-famous brother and a plethora of comics and comedy fans. The general consensus was that it was a Ponzi scheme of psycho-babble about having self-esteem, but if you think you’re getting your money’s worth, well…it was your money.

But Stanhope just showed up at the knife fight with a bazooka. 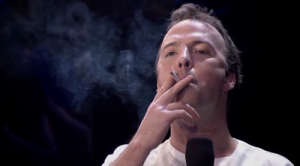 “It is very easy for a comic – or anyone I guess – to get bogged down in hate and cynicism. I am guilty of that most hours of the day. It has nothing to do with money or career or all the other trivia. While some of my bitterness could be attributed to excessive drink, it is mostly rooted in the idiocy that surrounds me and the shit people will accept as good or correct or real, etc, without any question whatsoever.”

“It’s important – especially in my business – to have a very deep well of hatred. One thing though that I’ve hated since even my youngest,hope-filled days as a comic – worse than bad comedy, hack comedy or even joke thieves – are people who teach stand-up comedy classes. Keep in mind that before I started comedy, most of my young adult life was spent working in low-level fraud – from toner scams and ad-specs to inventor/patent hoaxes. But comedy classes fall into that gray area of deceit – like Jesus or psychics or chakra healing – where you can’t prove that it’s a con.”

“I’m grumpy and caustic and miserable all around and my advice isn’t worth a sack of rat-shit either. But I know a raging scam and dream-profiteering when I see it.”

So Doug has decided to fight fire with fire. Hello, Comedy Death Camp.

I won’t dignify the hucksters he’s talking about by mentioning their names. And I won’t spoil the lengthy, venemous, pit-bull attack that Stanhope lays down on them like Armageddon. Instead I suggest – nay, I implore you to read the whole thing verbatim at his website. He rips a few of the charlatans a new asshole, then lays out what he will do if you insist upon giving your money away by trying to pay for something you can only really learn from time and experience.

In other words, Doug Stanhope in a nutshell. 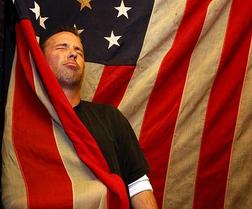 ***
R.I.P. Harvey Pekar. I’m going to read one of your American Splendor comics tonight and watch that great movie about you starring Paul Giamatti. (Speaking of Giamatti, James Adomian absolutely crushed an impression of him last night on Last Comic Standing. More on that in this Friday’s TGIF…) 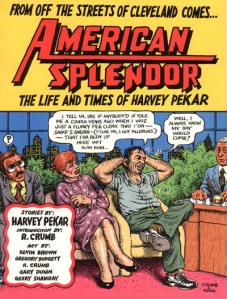 Under The Radar: Eytan Mirsky

Eytan Mirsky has been on my radar for over a decade, but thanks to the wonderfully closed shop we call pop radio, he’s probably flying under yours. Then again, you might be familiar with his work by accident – a few of his pop chestnuts have adorned films like American Splendor, Happiness and The Tao of Steve.

Mirsky has four albums out, all good, but if you’re going to start somewhere I suggest his 2000 release Get Ready For Eytan (my original review follows below). And keep an eye – or ear – open for his songs in some of your favorite independent films where this talented man enjoys a broad and diverse career.

New Yorker Eytan Mirsky might be filling up his press kit with clippings about his soundtrack contributions, but if Get Ready For Eytan gets some circulation, the accolades will start flowing in from that as well. In the independent film Happiness, Michael Stipe and Rain Phoenix sing the Mirsky-penned title track, an ironic title for a film centered on so many dysfunctional characters. Mining the same territory, Get Ready is a fourteen track collection of vignettes about unrequited love, betrayal and just plain neurotic romanticism, and if Mirsky isn’t culling notes from his own scrapbook, he’s done a great job of scoping out his behaviorally stumbling peers.

Lyrically funny and straightforward, Mirsky is drawing comparisons to Marshall Crenshaw and Nick Lowe for his clever wordplay and knack for classic pop hooks. But I hear something much more left of center – Michael Shelley, Jonathan Richman and especially Ben Vaughn come to mind time and time again. Why? Well, I’m laughing my ass off at him and feeling sorry for his misfortunes at the same time, like an audio Woody Allen experience. More often than not, the songs find this lovable loser – and who hasn’t uttered this one – looking in the mirror asking “What Did I Do?”. And when he does get lucky, he still gets screwed – like when the girlfriend in “All The Guys You Loved Before” insists upon divulging her past to the cringing Eytan.

“Well I’m not saying / that you’re promiscuous / but did you really have to go / and make a list?”

Mirsky wrote all the songs and sings lead and background vocals; the band is a simple guitar/bass/drums/piano combo that is energetic but not loud, equally effective ripping through surf riffs or steering slow dancers through mid-tempo ballads. Larry Saltzman, in particular, does not let the sparse production prevent him from rocking out when called for (especially on “Record Collection” and “Outta Sight). And just one look at song titles like “Somebody To Blame”, “Allergic To Fun” and “The Vulture Of Love” tells you this is something different and worthwhile. As he sings, his yearning, confusion or misguided superiority (the hilarious “Drop That Loser”) comes across loud and clear even though his style changes as subtly as a facial expression.

Writing this off as quirky pop tunes is unfair. Mirsky is a clever writer with the ability to make the three minute pop song sound new again – no fog machines or lighting trusses necessary.

Grab some Eytan via CDBaby.