I was angry too, back then.

Passion is no ordinary word.

Last month, I wrote about the Kickstarter effort to raise funds for the Graham Parker documentary Don’t Ask Me Questions. The response has been tremendous and the goal is within reach.

However, the premise of Kickstarter is that if the goal is not attained, none of the pledge money goes through.

With one week to go, the producer still needs only a small amount – roughly six hundred dollars a day. That’s a dozen fifty dollar bids, twenty people pledging thirty dollars. In other words, it’s right there in front of us.

Please consider a donation if you haven’t done so, but more importantly please pass the word along to friends who might be able to join the effort.

Here’s the direct link to the Kickstarter page – and Michael Gramaglia has posted two new clips from the film for your dining and dancing pleasure. 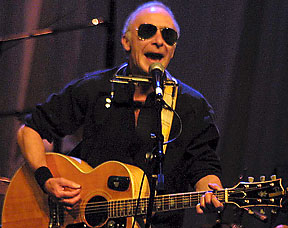 Don’t Ask Me Questions is a new documentary film about Graham Parker being brought to life by Michael Gramaglia, who co-produced and co-directed the wonderful Ramones film End of the Century.

I doubt I have to explain to the regulars here who Graham Parker is…how he burst upon the US scene in 1976 with not one but two five-star albums (Howlin’ Wind and Heat Treatment). Or how three years later Squeezing Out Sparks was lauded by most critics as the best rock album of the year. How thirty-five years after his first splash he continues to write, record and perform some of the most intelligent, passionate, and literate rock’n’roll on the planet.

But for the sake of convenience, here’s a link to a couple of hundred song clips that should seal the deal for any of you scratching your head. There are enough collections and best-ofs to fill a shelf, but don’t sell yourself short. Start at the beginning if you must, but work your way through his incredible catalogue and hear the albums in their entirety. You’ll find wonderment galore, from classics like  “Soul Shoes“, “Discovering Japan” and “Temporary Beauty” to recent gems like “She Swallows It” and “You’re Not Where You Think You Are“.

I was angry too, back then.

I’ve seen Graham Parker perform many times over the years and have had the great pleasure of interviewing him for a magazine feature. He’s as powerful a presence with an acoustic guitar and his sardonic wit as he is backed by the fire of The Rumour and The Figgs. Once he was lumped together with Elvis Costello and Joe Jackson (and for some of us, John Hiatt) as one of rock’n’roll’s “Angry Young Men“. Now, older and wiser, he’s aged like fine wine. Here indeed is a man who spent a career putting art before commerce, passion before trend and substance before flavor.

From the website: “A modern troubadour, Graham releases new music almost on a yearly basis, while touring small clubs around the country to a die hard fan base…The film documents the history of his independent spirit and defiant optimism, celebrates the sincerity of his music and delights in his self-deprecating wit.”

The project has been in the works for four years and is available for the general public to financially participate in the production at varying levels through the Kickstarter website. This is the same method that enabled the recent Kinks film Do It Again to get off the ground, and as a proud participant in both efforts I can vouch for the process.

It’s not cheap to assemble a quality documentary film, especially when you have to secure rights to footage and audio and do it the right way. A project like this really hits home for me; it’s the type of thing I would do if I had the time and the money…and the guts.

But someone is doing it. And he needs a hand. The pledge drive continues through the Summer; there’s a long way to go but a very reasonable target to aim for. Contribute if you can, but at least spread the word far and wide.