Gettin’ Iggy With It 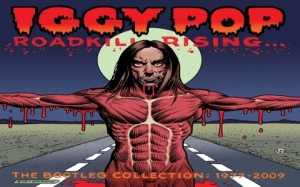 Scheduled for May 17th release, Roadkill Rising is a 4-cd set of both Stooges and solo Iggy tracks including hits and covers. The discs are sequenced by decade with one each for the 70s, 80s, 90s and 00s for a total of sixty-six killer tracks from the Godfather of Punk.

For those who order quickly, a fifth disc is available as a bonus…but act fast, because Live In San Francisco is limited to 400 copies.

Detailed track listings are at the Shout Factory website.