Turn Me On, Dead Man…

Finally, so many things become clear. Wimpy duets with Michael Jackson. “Freedom“. Give My Regards To Broad Street. It wasn’t really him after all. The Last Testament Of George Harrison will make that clear. 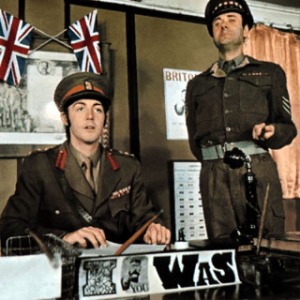 From the press release: Until now, the “Paul is Dead” mystery that exploded worldwide in 1969 was considered a hoax. However, in this film, George Harrison reveals a secret Beatles history, chronicling McCartney’s fatal accident, the cover up, dozens of unknown clues, and a dangerous cat and mouse game with “Maxwell,” the Beatles’ MI5 handler, as John Lennon became increasingly reckless with the secret.  Harrison also insists that Lennon was assassinated in 1980 after he threatened to finally expose “Paul McCartney” as an imposter!

I remember writing a paper on this for school, where meticulous clues were organized, validated and dissected. Many of them can be found here and here. Some were very clever, like the visual clues on Magical Mystery Tour; no doubt this gave the pranking band members a great laugh. Some were simply absurd, like the Life Magazine cover. (Open the front cover page and hold it to the light and the image of a car is across Paul’s chest. Of course, the fact that a car ad was on the inside cover was completely coincidental…) 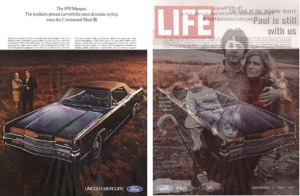 The imposter, if I remember correctly, was Canadian. Which means South Park was really, really late with this. In any case, fact or fiction, this is going to be really entertaining. The DVD will be released in the US this September. 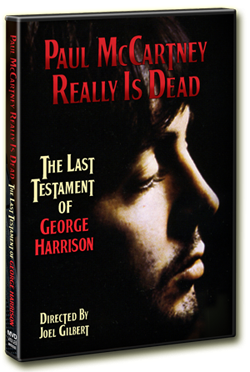