I Have A Dream, Too 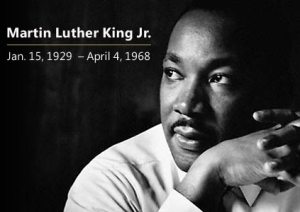 January 15th has always been a holiday in my house, but that’s because it’s my Dad’s birthday. I know he respects Martin Luther King Jr. and his incredible efforts, and there’s an honor in being birthday buddies with a famous person. But it probably gets frustrating when everyone is focused on the birthday of one of the most admired figures in history as if you and your birthday are an afterthought. (Trust me, I know how that feels).

I’ve read many commentaries about President Obama’s recent speech, and pundits on both sides of the spectrum gave him high marks for the tone and content of the message. In the aftermath of this tragic shooting, with thousands of people in attendance and millions watching across the world, Obama celebrated the lives and spirits of those who lost their lives and asked us all to use the event as a catalyst for sanity. Without having to state the obvious phrase life is short, he called upon us to look within ourselves as people and put things into perspective. Be a society that would live up to the ideals of a young girl. Be selfless, giving, aware and courteous to our friends and neighbors and workmates in a world that has become insular, argumentative and polarized.

Tone down the rhetoric and…talk. And listen.

King’s famous speech, although focused on equality and civil rights, called for much the same thing. For here, too, was an angry segment of the population yearning for change and so frustrated that they were moving beyond reason and towards violence. But as King called for things to be set right, he did so with a critical caveat. “Let us not seek to satisfy our thirst for freedom by drinking from the cup of bitterness and hatred. We must forever conduct our struggle on the high plane of dignity and discipline. We must not allow our creative protest to degenerate into physical violence…”

That speech was forty-eight years ago. We haven’t learned much. 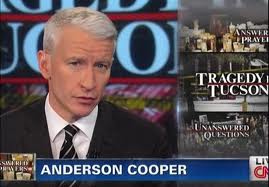 I will admit that I was nauseated by some of the coverage of the events in Tucson. Really, networks? Must we have a slogan and a title card for everything? Was there an emergency meeting where PR hacks argued choices until Tragedy In Tucson was chosen for its alliteration and brevity? Are anchors really looking at this as one more network competition to be won?

But the most upsetting thing of all was realizing that if one of the victims wasn’t a Congresswoman, none of this might have been a ripple on the news that day. Sadly, people get shot all the time. Frequently, a disgruntled employee or customer will fire off rounds in a store or a workplace, and we are so numbed by the violence that we take a moment to shudder but then move on.

What if it wasn’t Gabrielle Giffords who was shot? What if on that day, a disturbed man opened fire in that supermarket and killed and wounded everyone else, just everyday people going in and out of a store? People would still be dead and critically wounded in a senseless act of violence, but would the President be there? Would all the networks drop everything else and cover the event 24/7? Would every anchor and talking head be jostling for face time on TV to discuss the event. No, no, and no.

But it was her, and here we are…again. From King to Robert F. Kennedy to John Lennon to Barack Obama, we constantly are reminded how fragile and unstable society can be and we make concerted efforts to change our ways to be better people. But as Obama stated, “scripture tells us there is evil in the world“, and we succumb to it and are affected by it. I don’t need scripture to tell me there is evil in the world, I can see it all around me. But I also see another opportunity for us to be shell-shocked into discussing our behavior as a society, and I hope that maybe this time we can make some real progress. Maybe we can finally find our way and become the America all those victims – from the famous leaders to the nine-year old girl – thought we were capable of.

That is my dream.

So today I pay tribute to two great men. One led a very public life of peace and passion and was an inspiration to his people, and his actions changed the course of history. And one unselfishly sacrificed himself countless times to provide a better life for his son, showing him by example that confidence and a moral compass would enable him to truly become a man.

Happy Birthday, Dad. I love you.