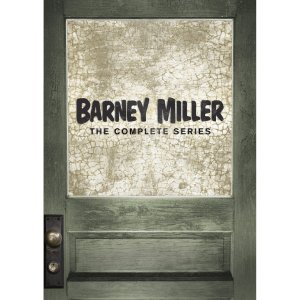 Barney Miller ranks right up there with Soap, Cheers, Taxi and the other great sitcoms of the 70s and 8os, although up until now it has gotten sold short in the home video market. Thanks to Shout Factory, yet another great blast from the past gets the proper treatment with a box set complete with extras.

I must admit I’m a little PO’d that they didn’t release the other seasons individually, but the reason is that Sony didn’t sell enough of the first three seasons to warrant releasing the remainder. But at the price – certain to dip a bit over time – I can buy the whole shebang cheaper than if I picked up the remainder of the shows year by year. Eight seasons and one hundred sixty-eight episodes plus commentaries, booklets and even the first series of Vigoda’s spin-off, Fish. That’s a great deal, even at list price.

I won’t go overboard trying to sell you on the show; like most long-running programs there is enough video and commentary to let you make up your own mind. But it does give me a chance to tip my cap to a great ensemble who provided me with years of laughter over eight seasons: Hal Linden, Barbara Barrie, Abe Vigoda, Jack Soo, Ron Glass, Max Gail, Greg Sierra, James Gregory, Ron Carey, and my favorite, the late great Steve Landesberg. The parade of oddball guest stars in the precinct house also featured a bevy of now-recognizable actors.

So I guess my Dad (who loved the show) will be the beneficiary of my three seasonal box sets. Come October, I’m all in on Barney Miller. 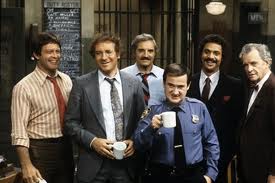