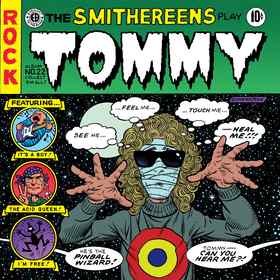 More than Only A Memory

I must preface the comments about the latest Smithereens homage by telling you that no, they haven’t abandoned the concept of original music. Matter of fact, there’s a new studio album due out later this year and reportedly the band is rehearsing the twelve tracks as I type this. (Really – call them and ask!).

But it’s a fair question to ask about a group whose most recent recorded output is the pure musical homage of Meet The Smithereens and B-Sides The Beatles (a very clever title…come on, say it out loud…). If you discount the Christmas album, the last true Smithereens album was released ten years ago – and that was after a five year hiatus.

Count me among those who are thrilled to hear The Smithereens record anything, so the fact that there is both a Tommy album now and a new original album later is twice the good news. 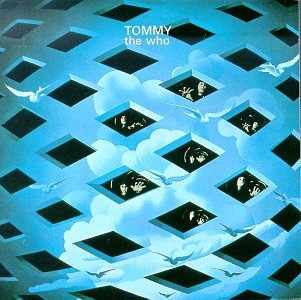 Because The Smithereens are a bonafide powerpop band that grew from the seeds of The Beatles, The Kinks and The Who, tackling Tommy is as symbiotic a pairing as their takes on the Fab Four.  While Pat DiNizio can’t replicate the sheer brute force of Roger Daltrey, who can? The lead vocals are solid, as expected, and most of the selected tracks here feature great harmonies, where the trio of Pat, guitarist Jim Babjak and drummer Dennis Diken pull off the Daltrey and Townshend parts exceptionally well.

There are no musical interpretations here – the thirteen tracks are performed in a straightforward manner but with an obvious familiarity and respect. I’m not certain why a tribute to the classic rock opera isn’t a complete libretto, but then again “Tommy’s Holiday Camp” and “Cousin Kevin” don’t lend themselves to powerpop as much as the fat chords of “Amazing Journey”, “I’m Free” and “Sensation”. They did pick a solid set of tracks, although I miss “1921”.

No press release comes without a dose of hyperbole, and this one claims that after a few listens you might never listen to any of The Who’s versions of Tommy the same way again. Well…that might be stretching it a bit. Forty years later, I still get goosebumps when the coda of “See Me Feel Me” kicks in. But I can promise you that this is no watery attempt to swing a few familiar songs your way for the ease of being recognisable. One listen to Diken’s muscular workout during the second half of “Amazing Journey” should be proof enough of that – I guarantee you, Keith Moon is tipping his top hat from God’s bar. (Or from a car submerged in God’s pool…)

Kudos to fellow Jersey boy Kurt Reil (The Grip Weeds) for tasty engineering and production, along with his work on keyboards; bass chores are handled by Severo Jornacion (Cockeyed Ghost, among others). And although I don’t have the full booklet yet, I must also give a shout-out to William Stout for the excellent cover art.

The Smithereens Play Tommy will be available May 5th from E1 Entertainment (formerly Koch Records).