Under The Radar: The Sweat 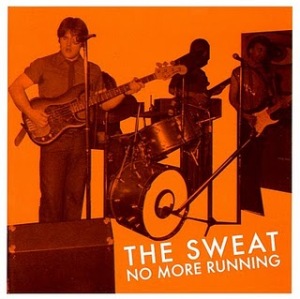 I occasionally refer you to my friends at Power Pop Criminals, Power Pop Overdose and similar sites as they have a knack for putting together some great mix discs (god, I really miss the word mixtape…). There are certainly millions of blogs out there and lord knows I’ll miss many good ones simply for the lack of time. But I do try to pop around every so often and am always astounded when I come across a reference to another solid disc that demands play time right away. So not only was I was glad to see that the Power Pop Lovers blog has decided to reanimate, but thanks to them I came across a little gem from The Sweat, a Belfast band I hadn’t heard about.

The original band (Clive Culbertson: vocals,bass,guitar / Michael Katin: guitar / David Stuart: keyboards /Ricky Bleakley: drums) was called No Sweat, but reportedly was sued by Pete Townshend‘s Eel Pie Records because they alreadyhad a band by the same name. (That’s a pretty common problem, especially for a pretty common band name. Even today when you try to research The Sweat, you might confuse them with these guys…wrong band, although they aren’t too bad either!)

But the pop references that were tossed around were pretty spot on;  if you liked The Jags, The Romantics, Dirty Looks, The Beat and The Records, you’ll find The Sweat right up your alley. Clive Culbertson, Adrian Culbertson, Sean Donaghy, Paul Coates – the current version of The Sweat – continue to kick a little ass today.

Sure, maybe their sound is a little more polished and reserved than the name check bands, but you can’t deny the great vocals and the hooks in the chorus. I really hear more post–New Wave pop in their sound; bands like The Producers and Great Buildings come to mind. The title song has a whiff of Greg Kihn to it, and tracks like “Please Don’t Say You Love Me” and “I Can’t Hardly Wait” (not the Replacements classic) would slide seamlessly onto any playlist from the time. The production is a little thin and tinny (like many of the commercial pop albums of the early 80s) but the songs are three minute pop nuggets from start to finish.

Check out The Sweat and No More Running for yourself – you probably missed this gem as well.

The Sweat at MySpace

Buy the album from 1977 Records Japan