Under The Radar: The Shys 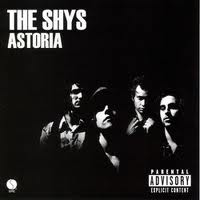 Most bands get all sorts of undeserved comparative hype. While I am usually guilty of “sounds like” relationships in my reviews, I feel that without them it would be more difficult to communicate the specific sound or direction of the band (if limited to more general terms). But I am flooded with press releases that make such outlandish comparisons that they are merely laughable. The new variation on that theme is to be so patently obscure in your references to appear hip. But the downside of that is communicating so little worthwhile information that the bio is of no use whatsoever.

But you have to admit that a band billed like this is worth a listen:

“California’s Shys are a blistering four-piece featuring Iggy style vox and hints of all the Stones: the Rolling Stones, Stone Roses, and Sly And The Family Stone.”

I really liked this album, as well as their follow-up You’ll Never Understand This Band The Way I Do. I’ll save the references for that one for another time, but here’s my review of Astoria from Pop Culture Press in 2007:

The opening track “Never Gonna Die” kicks off with a blast of ringing guitars and Keith Moon-like drums, transporting the listener to England circa 1977. But although a comparison to the melodic pub punk of bands like The Boys wouldn’t be out of line, these sounds are being made by a band in their early twenties…from California? Vocalist Kyle Krone wraps his throaty Iggy vocals around an album full of strong material, albeit heavily influenced by a myriad of other bands.

“Call in the Cavalry” brazenly swipes a riff and drumbeat from the White Stripes but grows it from there, ditto “Alive Transmission” (“Search and Destroy” meets “Undercover of the Night”) and the Ian Hunter drenched “Waiting on the Sun”. The title track is a Clash-like stomp that builds and recedes like a violent tide. And while they may cop some modern bands, the guitar work is steeped in seventies rock, which makes tracks like “The Resistance” much more than a nod to Oasis. A very, very strong debut. 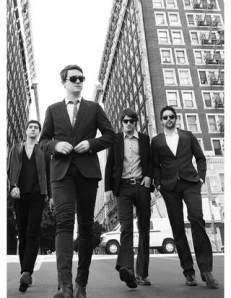 What is? THIS is!

What Is King Khan? Drop Sly Stone, James Brown, Ike and Tina Turner, The J. Geils Band and Love into a Waring Blender and hit puree – you’ll get a small taste of the manic energy and rock extravaganza known as King Khan and The Shrines.

The band is exploding after several dynamic showcase and festival appearances, but King Khan has been around for several years working in different configurations like The Spaceshits and King Khan & BBQ Show (with Mark Sultan).

What Is isn’t technically a new album; the original version came out in 2007. But as they say on TV, it’s new to you. Read my review of What Is? in Blurt Magazine.

Jello Biafra introduces the band before they kick into “No Regrets” in full glaiator madness. And then the same song again strripped down for an in-store appearance – and it still rocks!