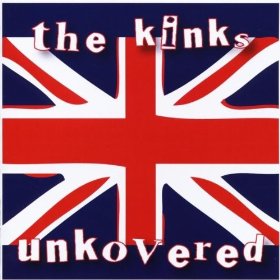 Another in a series of Kinks tribute albums, Unkovered features a mostly lesser-known roster of artists who produce mixed results. About half the songs are from the classic late 60s period, but I was glad to see the usual targets like “You Really Got Me” skipped over and tracks like “Dandy” and “Who’ll Be The Next In Line” get covered.

Some of the artists offer little more than straight cover versions. Ghosts of Electricity handles “Sunny Afternoon” about as well as you’d expect a bar band to play it, and James O’Malley’s odd pauses in “Celluloid Heroes” gives it an odd Harry Chapin flavor but neither track sticks in your head.  On the other hand, while Maura Kennedy’s cover of “Autumn Almanac” doesn’t vary much from the original arrangement, her lilting voice perfectly suits the song, and she inhabits it with spirit and heart.

A couple of my favorite tracks have been given a country flavor, and why not? Muswell Hillbillies, Percy and Village Green Preservation Society did nothing if not celebrate family, hearth and home from the English perspective. The Corduroy Sky’s take on “Holloway Jail” morphs from simple acoustic riffs to a lightweight version of Lynyrd Skynyrd, and Caroline Doctorow’s beautiful “Oklahoma USA” (with Maura and Pete Kennedy backing up) is the standout cut on the album along with The Blaggards’ “Last of the Steam Powered Trains”.

Other artists took chances; Smile Pretty Misery treats “Set Me Free” like a dark confessional, while The Lone Sharks threw “Willesden Green” through an Elvis Presley filter. Johnny Cuomo’s ragged voice makes Rod Stewart sound silky, but at least he infuses some emotion into “Dead End Street”, much like Patrick Costello’s wailing guitars save “Give The People What They Want”. There are disappointments – I found Tara Eberle’s “Do It Again” and Claudia Jacobs’ “Loony Balloon” pretty tepid – but for a regional label (Long Island, NY) it’s a pretty decent tribute disc.

Die-hard Kinks fans collect everything related to their heroes; hopefully they will find a few favorites on Unkovered to listen to alongside This is Where I Belong, Shangri-La, Give The People What We Want and the other loving tips of the cap.

Listen to clips from Unkovered at Amazon.

Unkovered is released on Paradiddle Records. 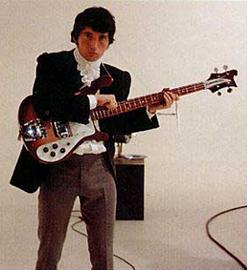 “All those early gigs we ever played
Sometimes we were lucky if we even got paid
On the road
Pete played on the bass guitar
Liked to get around, mixing with all the stars
But Mrs. Avory’s child was all fingers and thumbs
But solid as a rock, setting time on the drums
While Dave the Rave hit the rock ‘n’ roll riffs
Yours truly strummed away with a slightly limp wrist”

Ironically, Ray Davies also just turned 66 the other day. Rumors had run rampant for the last couple of years that the original band was going to reunite for one more album and tour, but I remember Ray saying he was going to do that a decade ago to celebrate the Millennium.

Quaife was an underrated bass player and understandably so; how could you possibly stand out with the flamboyant Davies brothers out front? But listen to the early singles and albums like Face To Face, Something Else and Village Green Preservation Society and you’ll realize just how solid Quaife and Mick Avory were. They were the engine; Ray was the fuel…and Dave was the gear shift, chrome bumpers and (careful, ladies!) back seat.

Where Have All The Good Times Gone?

Pete quit the band over forty years ago (replaced by the exquisite John Dalton) but was still revered by Kinks fans worldwide. And even when he was diagnosed with renal cancer a decade ago but turned lemons into lemonade. A graphic artist after his music career, he drew cartoons during treatment that morphed from a private pleasure into wide acclaim. A collection of these were released in a book entitled The Lighter Side of Dialysis.

In Pete’s words, “For the last 10 years, I have been a dialysis patient. During those long, boring, sessions, I found that drawing cartoons was an amusing outlet for all of my frustrations with the condition, the hospital and even at times, the professionals that were treating me. I hope you can enjoy the humour in these cartoons – I know I certainly enjoyed creating them! I have tried to make light of the various situations that I know we have all had to endure at one time or another. I hope these cartoons will make your situation a little better, wherever you may be. Remember, there is always humour – even in the deepest despair.”

He had reportedly fallen ill recently, even in a coma for a short time. The passing of anyone who has endured renal issues for a decade is not a great surprise. But it’s a sad day for Kinks fans worldwide, for his chapter has closed forever. Rest in Peace, Pete.

Today will be filled with Sunny Afternoons and Waterloo Sunsets.

Geoff Edgers’ tribute from Do It Again

Under The Radar: UHF 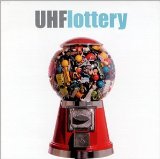 Before it became easy to plop entire digital albums on your website, long before Facebook and MySpace were staples of every band’s toolbox, there were a few MP3 sites floating around that were less than organized. Few sites beyond CD Baby provided a local band the platform they needed to get their music heard.

As a lifelong tune troller, I thought it would be a good idea to write a column spotlighting five bands I came across on late night tangents. So with a thumbs up from the Editor at the late great Cosmik Debris magazine, The MP3 Files was born. One of the first groups I highlighted was a Portland Oregon band called UHF. Here’s my review of their second album Lottery from 2001…

Wow! Not only a band who obviously find their roots in classic British bands like The Pretty Things, Kinks and The Who, but a concept album to boot! That was a tough enough chore to attempt when they were in fashion, but to slip out a record like this in the days of preening teenybopper wedge dancers and pretentious wank rockers takes big balls.

The Everyman storyline in Lottery – growing up in innocence and struggling as “money changes everything” – is right out of Ray Davies’ scrapbook. But UHF put in a lot of hard work to create something original in the spirit of the above-mentioned artists. (And if they just wanted to mimic the past, they could have – I’ve heard their cover of a Pretty Things track and it’s massive!)

And let’s not punish the quality of the individual songs by insinuating that they only work within the concept. Although Jeremy and Jordan Leff’s vocals on “Best Friends” sound eerily like Daltrey and Townshend melting together at the microphone during Tommy, it’s a great song regardless. Ditto the majestic “Whatever The Weather,” whose lyrics could fit in anywhere from Village Green Preservation Society to Soap Opera.

What impressed me most was the diverse instrumentation and song structure throughout the record; slap on the headphones and savor the sonic touches that embellish almost every track. With Jeff Nelson (guitars and bass) and drummer Matt Johnson, the Leff brothers have nailed a very ambitious target. I can’t wait to hear what they try next.

Well, it looks like I have some catching up to do.

Not only did I miss two later releases, but as fate would have it they have a brand new one coming out called Here Come The Ghosts. The clips sound great! Excerpt from their press release below:

It’s been four years since Portland, Oregon’s psychpop quartet UHF has released an album, but they’ve more than made up for it with Here Come The Ghosts, a genre-bending journey of 21 tracks on both double vinyl and double CD. From driving psychpop mood pieces to intimate and melancholy character sketches, it’s an album full of devious lyrical turns, subtle sonic shifts, and solid psychpop songcraft. Ghosts has UHF stretching themselves like never before.

Straying from the psychedelic soundscapes of their previous (and critically acclaimed) releases, Ghosts is more stark, more relaxed, more live (much of the album was recorded live in the studio) than any of UHF’s previous studio records. Thematically, the album is about relationships: past, present, living, dead… and undead. The journey is at times disturbing, uplifting, humorous, desperate, romantic, angry, confused, and reckless but always infused with an emotional honesty and musicality that evokes bands like Secret Machines, The The and Stone Roses, while venturing side trips into territory reminiscent of early 70’s AM radio.