LOST fans might have just plotzed for a number of reasons.

Without spoiling anything, if you haven’t seen last night’s episode you need to do that right away. Because otherwise you are in danger of being tricked into experiencing that deadly hallway conversation, Tweet or email subject line that will kill your appreciation of viewing the show without a priori knowledge.

And yes, much like the writers, I just dropped a few hints. Or maybe I didn’t.

The good news, though, is the announcement that the final episode has been extended by a half-hour, eliminating your local news for the evening and taking you right into what will likely be the highest rated Jimmy Kimmel show ever.

Per The Hollywood Reporter and other sites, “ABC is airing an enhanced (pop-ups) version of the show’s original two-hour pilot on May 22. On Sunday there’s a two-hour retrospective titled “Lost: The Final Journey,” followed by the finale, then the local news (which was preempted in the first-blush recounting of this plan) and Kimmel post-show.”

Sounds incredible! Too bad the title The Lost Weekend is already taken (and rightfully so – kudos Ray Milland!) 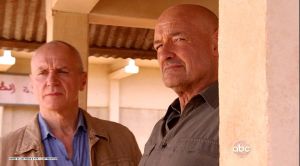 People...can't we just all get along?

Lost fanatics who are pondering the concepts of time-shifting and alternate realities will certainly celebrate today as the birthday of Søren Kierkegaard, a Danish philosopher who declared the idea of subjectivity as truth and is recognized as the founder of Existentialism, an influential author in psychology, and an important figure in Postmodernism. The rest of us will go all Cinco De Mayo on ourselves and fondly remember the birthday of Sandy Baron, Tammy Wynette and Lance Henriksen!)

But after you watch the episode, check this out. 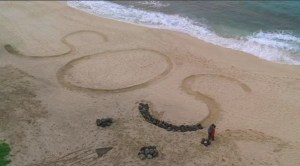 As a follow-up to my TV Or Not TV post the other day, I must tell you that TV By The Numbers has once again hit a home run.

Ever time a show hits the rocks, an S.O.S.  fan campaign sparks up, usually a petition sent to the network pleading the cause to “Save Our Show“.  It rarely works; usually it falls on deaf ears. Here’s the latest multi-show campaign from USA Today (and screw them, they didn’t even list Better Off Ted!)

TVBTN writer Bill Gorman, highly cynical of such ill-fated efforts, figured he’d flip the concept on its ear. Why not centralize the effort and tell the networks what you want to see hit the broadcasting dumpster? Brilliant! So please vote in their “Don’t Save Their Show” poll;  they promise that it will have as much impact as the positive-themed attempts…none.

And a fond farewell to the voice of the Detroit Tigers, the great Ernie Harwell. I feel bad for those not old enough to have experienced listening to baseball on the radio when that medium was the major broadcasting arm of the sport. Ernie – like Jack Buck, Vin Scully, Mel Allen and so many other greats – could paint a wonderfully descriptive picture with just their words and inflection.

How sad is it that so many television broadcasters today have the full range of multiple zoom cameras, instant replay and a wealth of historical data at their fingertips and still can’t entertain an audience…let alone communicate what’s happening on the field of play. The great ones knew the game was the star, not the announcer.

Ernie was supposed to receive the the Vin Scully Lifetime Achievement Award in Sports Broadcasting this afternoon. Al Kaline will accept in his honor, and for one day, there will be crying in baseball.

Sometimes there is. RIP Ernie!

One more cigar - for the wordsmith

I don’t talk sports on this blog, by design. It’s not that I try to avoid an unpleasant topic (like politics and religion) but more that I try to focus upon music, comedy, television, books and film – pop culture and the arts. (I post about sports here.)

But I guess I can qualify this RIP today since when I first got basic cable back in the day, I stumbled across four cantankerous cigar-smoking guys sitting around the table talking sports –  Sportswriters on TV.

An extension of a popular Chicago radio show, the TV version was the same show with a couple of cameras filming the action. Important topics of the day would be topic fodder, but these guys could run off on an entertaining tangent in a heartbeat, and that’s when the show got really interesting. One of them, Bill Gleason, passed away today after a full 87 years on this mortal coil.

(Ironically, it was another Chicago show featuring two film critics named Roger Ebert and Gene Siskel that inspired me to look outside my own peer group for film discussion. And like with any great critic, I didn’t always agree with them but I understood them enough to know when to take their opinion seriously or take it with a grain of salt. But I digress…)

So I would catch this sports show at the oddest of hours, but watch fascinated on that tiny living-on-a-prayer sized television and mesmerized that I was a fly on the wall with these old salts. In fact, I seem to remember how Rick Telander (now 60-ish) was like a young pup when he joined Gleason, Bill Jauss and Ben Bentley, all twenty years or so older. For Telander, it must have been like moving from the kid’s table to the adult table at Thanksgiving. And initially he did defer, although he had the credentials to be there.

I grew up in New York City. We didn’t get the New York Times in my house, we got The Daily News and later Newsday, so I didn’t realize what a non-tabloid newspaper was until I was in High School. Watching this show proved to me that Chicago was filled with the same intensity and mania for sports that we had, and in fact, so many other cities have. Boston. Philadelphia. Pittsburgh. Blue collar hearts.

Gleason was – as one commenter put it –  “a shot and beer guy in a shot and beer town”. He was like you, except he had your dream job. But he invited you along for the ride. In the early days of cable wasteland, you have to understand what a find this was.

Sportswriters was the forerunner for every sports talk show since. Unfortunately, sports is now a business, and sports coverage is a predominantly a myopic cesspool. Most of the pinheads getting air time think it’s all about them, not the topics. Fools. These old veterans had fame, they were all accredited writers, but they understood that they were not the important part of the show. You were the fifth barstool.

But all things must pass. Gleason, as Telander says in his tribute, “has gone to the great typewriter in the sky”. I’m a lot younger but appreciate an old-school sportswriter like him and a classic voice like Jack Buck or Vin Scully. Soon they will all be gone, and frankly, sports will never be the same.

I feel sorry for a generation growing up on this and this.

But if you settle for it, maybe I don’t.

I’m going to figuratively don a Panama hat or a cabbie cap and light up a stogie. Thanks, Bill.

a 1990 Telander piece for Sports Illustrated about the show

(And if I was going to post about sports I’d post about this force of nature – Chris Johnson, the Manimal. But I’ll save my Titan love for another place and time.)