Blast From The Past: Mike Ness

Was it really ten years ago that Cheating At Solitaire hit the street? Wow.

I’m a big fan of Social Distortion but was very pleased when Mike Ness stepped out to release a couple of solo efforts (Under The Influences would follow). I played the snot out of this at the time, and since Social Distortion announced that they’re working on a new album for release next year, I figured I’d dust this one off and hurt some eardrums. Join me?

Although on the surface a fiery punk group, Mike Ness‘ band Social Distortion is melodic at the core; witness their success with roots rock riffs in songs like “I Was Wrong” and “Bad Luck”. Ness, who has been in the band more than half his life, grew up on a combination of early rock and roll and American country icons like Johnny Cash, Hank Williams and Woody Guthrie. Cheating At Solitaire is a peek back at his influences through a few classic covers and a slew of originals written in a similar style.

The list of song titles cements the tone of the collection. “No Man’s Friend”, “Ballad Of A Lonely Man”, and “Crime Don’t Pay” all sound like they were ripped from the pages of a pulp novel, and indeed they’re a cross between a black hat western and a gangster movie epic. His vocal range is limited at best, but so are those of his heroes Cash and Dylan, whose “Don’t Think Twice” jump-starts the record with a rockabilly lurch – the antithesis of The Four Seasons’ cover under the guise of The Wonder Who. Mixing heartfelt guitar playing with emotional vocal performances, Ness shines on this gumbo of country, blues, hillbilly and rock.

Guests like Bruce Springsteen (vocals on “Misery Loves Company”) and Brian Setzer (as always, excellent stunt guitar on “Crime Don’t Pay”) will draw the attention, but it’s the lesser known Billy Zoom of X who steals the show with his contribution to “Dope Fiend Blues” (perhaps a tip of the cap to the late Johnny Thunders). Likewise, Chris Lawrence’s pedal steel work lights up the countrified songs like “You Win Again” and the autobiographical “Rest Of Our Lives”. The garage punk “I’m In Love With My Car” finds Ness bludgeoning three chord rock while his vocals sound like they were recorded through a megaphone, “Sweet Jane” turned inside out and upside down.

Although a departure from the heavier sound of his band, fans will not be too jarred by this temporary tangent. After all, musically speaking, Mike Ness has always worn his heart on his sleeve. Of course, with all his tattoos, it was just harder to spot. 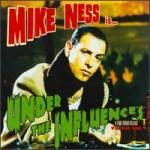 Marvin Gaye with his incredibly soulful version of the National Anthem.

What can a poor boy do? Ask The Rolling Stones.

U2 with the anthemic “Sunday Bloody Sunday”

And last but not least – my favorite actor of all time, James Cagney. I grew up loving his work, especially gangster flicks like Public Enemy, Angels With Dirty Faces and White Heat, any of which should have brought him the Oscar for Best Actor. He only won one, and it was for his performance as George M. Cohan in Yankee Doodle Dandy. No one danced like that before or since, and if you think that’s good, check this out from the same film.