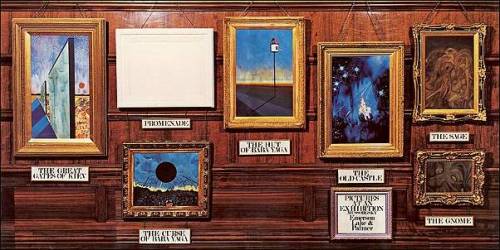 Those too young to remember the allure of full-sized vinyl album covers (not to mention the functionality of the gatefold sleeve) cannot appreciate the passion of those of us who enjoyed spending hours perusing through a record store’s racks. Flipping cover after cover, the myriad or art ranged from the structure of classic jazz titles to the simplicity of an early rock album to the wonderscapes that bellowed forth from the mind of Roger Dean.

But then again, those were days when album credits could make or break the sale of an album – who was the producer, what musicians added their talents as guest artists, who wrote the songs…for those used to the process, it was both an enjoyable diversion and an educational process. Of course, the store employees actually knew something about the music they were selling – “can I help you?” was a sincere question that could be followed up with actual information rather than “Oh, the new Rush album…did you look under R?”

In the waning CD age we still have wonderful art, just smaller. I realize my eyes aren’t perfect, but some of the mouseprint font on CD jackets requires a microscope. Then again, a generation of people now only knows music as files with a name and title display. Progress, I guess, but something has been lost in the translation.

I did notice that hard rock bands haven’t lost the allure of the cover, knowing full well their target audience is primarily young men. But some pop bands figured that out, too…if you want to get noticed, use the visual to get their attention, then hopefully seal the deal with the audio.

So here are Ten Bangers That Mash…ten artists who might flaunt the flag of sexual innuendo but at least have something…um…under their covers to reward you with. And since they’re mostly headbangers, I framed them with a prog rock band from the 70s and one of the best pop bands around right now.

04) Bullets and Octane – In The Mouth of the Young 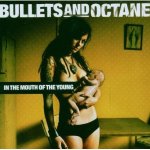 05) American Sixgun – The Devil in Your Bones